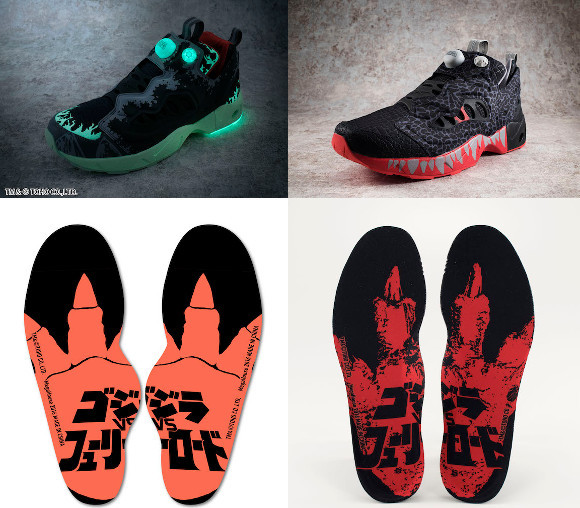 tep out in a pair of Godzilla kicks featuring a number of awesome beastly details.

If Godzilla ever needed a new pair of shoes, these sneakers would be up to the task. A joint collaboration between Reebok and the MegaHouse brand that belongs to video game publishing giant Bandai Namco, the new sneakers come in two designs: Reebok CLASSIC × MegaHouse Instapump Fury Road Ver.GODZILLA and the Reebok CLASSIC × MegaHouse Instapump Fury Road Ver.ShinGodzilla.

Both use the distinctive Reebok Instapump Fury silhouette, and the Godzilla version features a textured black material which resembles the skin of the giant monster.

▼ The design that runs along the side of the shoe is another homage to the beast.

▼ And just to let everyone know whose shoes you’re wearing, the heel is emblazoned with the title “King of the Monsters”.

The soles feature a spectacular red-and-black clawed footprint design, along with the words “Godzilla Vs. Fury Road” in Japanese.

While the Godzilla sneakers celebrate the awesome stylings of the original beast, the “Shin Godzilla” design acts as a nod to its latest incarnation, set to wreak havoc on Tokyo in the upcoming Shin Godzilla movie, which will be out in Japanese theatres on July 29 and marketed internationally under the title, Godzilla Resurgence.

These kicks incorporate phosphorescent material into the design, to create an otherworldly glow after dark.

The grey, black and green colours of the shoe are complimented with red accents, including a bloody, three-clawed gash on the heel.

Both styles retail for 28,000 yen (US$263.89) each, plus tax, with the Premium Bandai website in Japan accepting pre-orders from July 29, to coincide with the release of the new Godzilla film. For a full list of retailers in Japan that will be stocking the shoes from the official on-sale date in January 2017, check out the MegaHouse website for more details.

If you are interested please fill in the form below.

Back in May we announced the opening of Gothic rock, punk fashion brand DrugHoney’s online web store. We are extremely pleased that our written introduction of this brand had some influence on our fashion conscious audience…clothes were ordered and shipped to the Philippines, the States,China, Korea,  Canada, Costa Rica, Belgium, Italy, France, Australia, Peru, Russia, Luxembourg, Brazil and Germany, proving that people no matter where they live, don’t want to be put in a box and labelled.

Those who were hesitant to purchase these awesome clothes are now given a new gateway through their summer sale. With discounts up to 50%, there is really no excuse anymore for those attracted to DrugHoney’s designs.

If you’re on their page anyway, we recommend you to check out their  new arrivals which again beautifully tip toe the line between punk, Goth and mode! 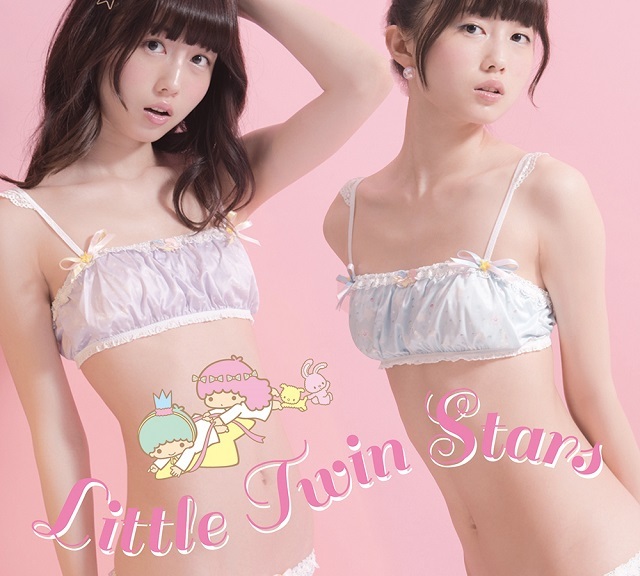 Beauty is in the tiniest details.

Japanese lingerie brand Feast has been making a name for itself as one of the country’s premier manufacturers catering to ladies with petite “cinderella” busts. Now they’ve teamed up with Sanrio’s popular Little Twin Stars characters for their latest release, which features ribbons, frills, and gorgeous details.

With two colour variations to choose from – purple and mint blue – the fabric is cute and girly, featuring images of stars, moons and clouds, along with the logo of the two twin star characters, Kiki and Lala.

Born on a star, Kiki and his older sister Lala are two of Sanrio’s most well-known characters. The celestial siblings can be seen travelling to earth on a star in their logo, which sits daintily in the middle of the bra, while the straps feature frill accents and pretty ribbons.

The briefs also feature lacy frilled accents and can be worn with the matching bra or with the blue-coloured top as contrasting coordinates.

Each set retails for 6,800 yen (US$66.33) and will be sold online from 7 July at the Feast website and associated Kera Shop for delivery within Japan.

We are as always happy to send them to you, wherever you are in this big world. 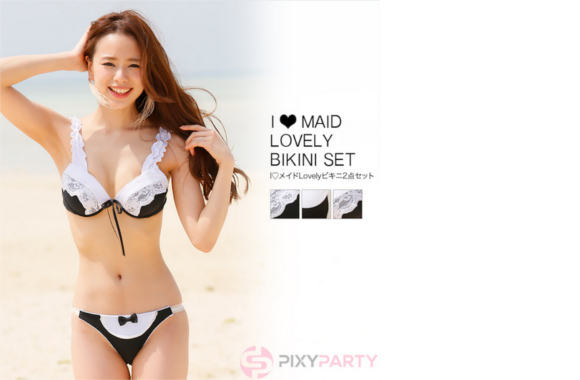 Now you can go swimming in your maid’s costume this summer.

Japanese online swimwear retailer Pixy Party is making a name for itself with cute and sexy collections designed to make girls look like adorable waterside pixy fairies. This summer, they’re dedicating a whole line of bikinis to a different type of fantasy, with the “I Love Maid Lovely Bikini Set” featuring black-and-white numbers with lace, buttons and bowties in three eye-catching designs.

▼ The third design adds some maid-style frills to the straps, along with a thin, flowing black ribbon.

The company mentions that the outfits are designed to be worn in and out of the pool, at events like summer outdoor festivals.

While the lace details and embellishments are firmly sewn in to withstand use in water, the bikini tops are said to pair well with shorts and skirts when worn at outdoor events.

Brave maids, of course, are free to wear the bikinis whichever way they like, and can even play mix-and-match with all three sets.

The bikinis are available in small, medium and large sizes, and are currently available to purchase online for 5,184 yen (US$50.38) each, for delivery within Japan, or outside Japan if you use Japanwebshopping!