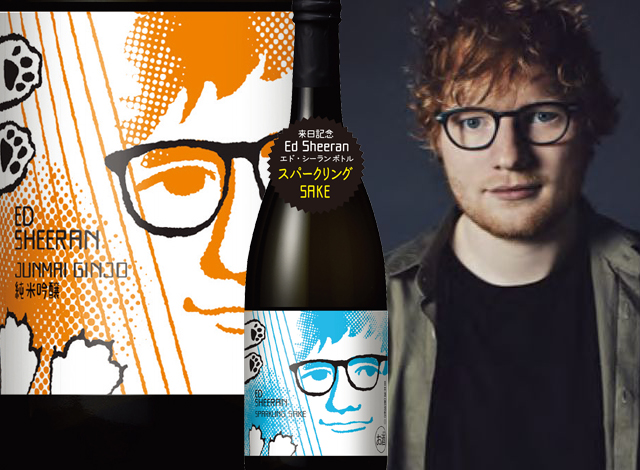 The perfect collaboration for Ed’s fans and alcoholics, or is it for alcoholic Ed Sheeran fans? Nah Put up a record of him and sip slowly from a tiny cup of this delicious sake…it’s paradise!

Although it’s sure to make one scratch their head at first, it actually makes a lot of sense when you think about it. Sheeran frequently mentions his tendency to tie one on with friends, and the sake industry is constantly trying to reach out to a more diverse crowd, namely younger people and women.

So, as Sheeran’s unique blend of folk-soul-pop returns to Japan on the Divide World Tour 2019, Konshi Brewing in Hyogo Prefecture decided the time was right to release Ed Sheeran Sake.

First, there’s the Ed Sheeran Junmai Ginjo sake which is a finely-produced beverage using only the purest ingredients, resulting in a mellow yet slightly crisp flavor with a tangy aromatic tinge, not unlike the hit “You Need Me, I Don’t Need You.” Speaking of which, the bottle is colored with the same orange as Sheeran’s breakout album +.

▼ Here’s an image of the album, pronounced “plus.” 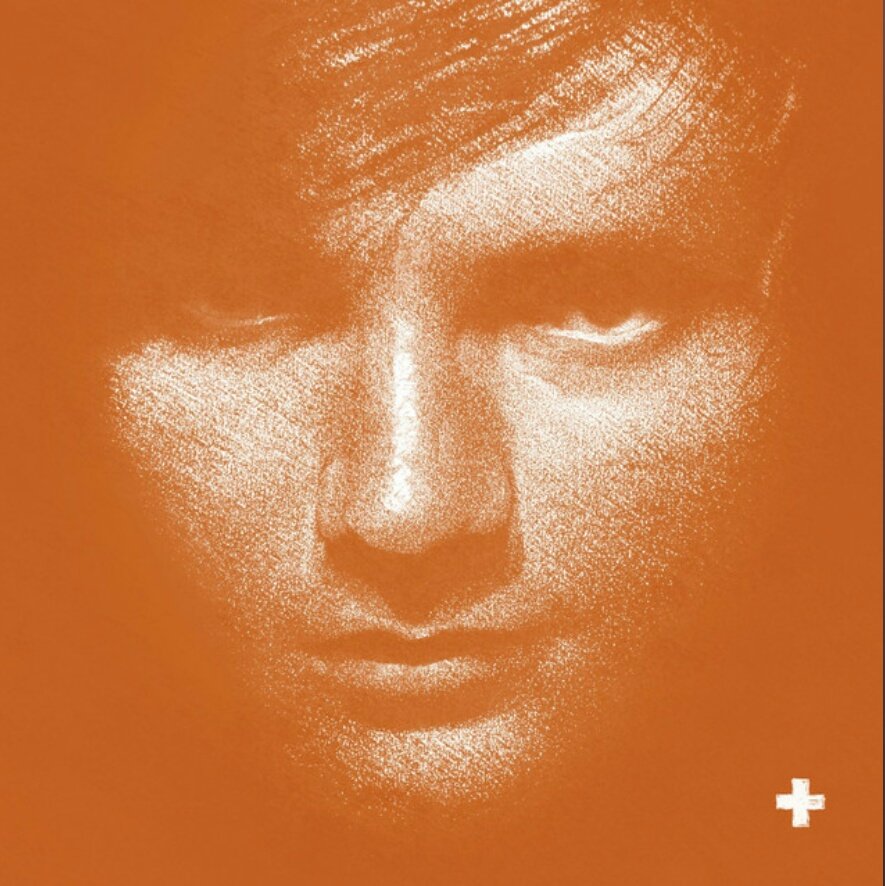 ▼ And here is the color-matching sake.

However, this is a standard sake, and as such has a relatively high alcohol content at around 15 percent. If you’d like something lighter and bubblier along the lines of “Shape of You,” then you may want to try a bottle of Ed Sheeran Sparkling Sake.

With only a 10 percent ABV, this carbonated sake comes in a blue labeled bottle using the same shades as his ÷ album (pronounced “divide”). Both bottles are also decorated with drawings of little cat paws that Konshi says belong to Sheeran’s own pet feline.

Each type is limited to 3,000 bottles and go on sale at AEON shopping centers across Japan from 8 April. They’re slightly on the pricey side at 2,000 yen (US$18) for a 720-milliliter (24-ounce) bottle, but it’s still low enough to take the plunge and pick one up. I mean, how often does a chance to score some Ed Sheeran sake come along?

Our excuses for the few posts recently, but we have been very busy with several ventures, our most recent venture as media fixer for foreign media crews has let us without any time to update our blog. Of course we haven’t left our customers in the wind, all ordered products have been successfully purchased and shipped. Thank you for your loyalty and trust. 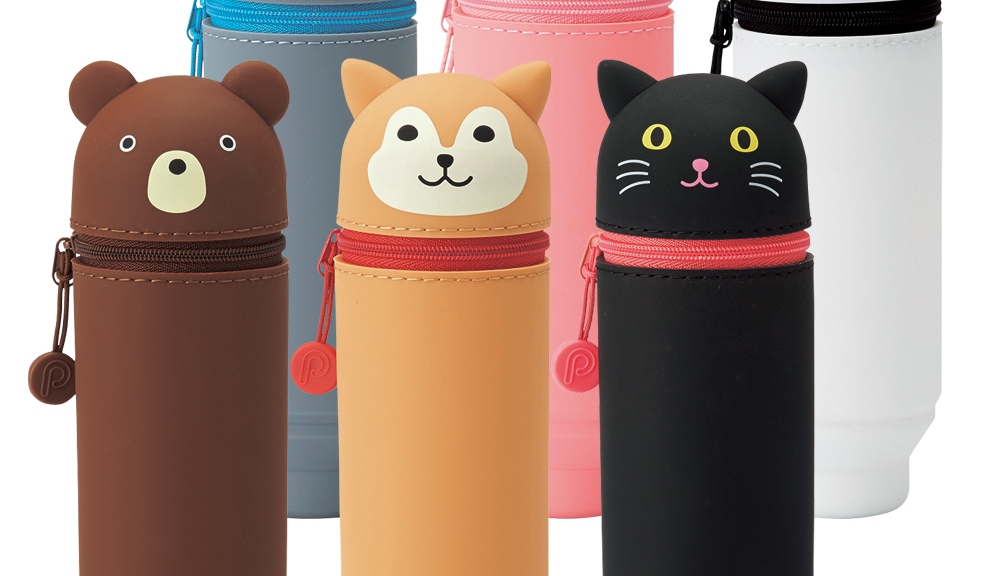 Do you ever wonder what kind of pen cases the kids in Japan use…well whether if you do or don’t, I’m going to tell you anyway, because the most popular pen case at the moment is a must have!

Made out silicon rubber, these cute little animal shaped hold your stationary in style. You can lie it horizontally on your desk, or if you have a tiny desk like Japanese school kids, you can have it stand up, by pushing in the bottom of the case….saving you loads of space and clearing your road to Harvard University by removing unnecessary obstacles,

In the “head” there is even space for an eraser, and the case holds 15 pens/pencils/eye pencils or anything else you would like to use it for.

They come in 6 versions, with the panda being the most popular.

The price is 1400 yen+tax. Order it through us to get the cheapest deal possible..like this

How many Japanese passerby return the lost wallet to its owner?

We’ve seen examples time and time again of how honest the people of Japan are. In many countries where leaving your property alone in plain sight for five seconds means it’s basically already gone, it can be a little hard to believe.

So to test out just how honest the Japanese people really are, Japanese YouTuber Zenim at the channel Monkey Python decided to carry out a little social experiment.

He walked around the Harajuku area and intentionally dropped his wallet immediately after passing by some people. He then kept walking and waited to see if anyone returned the wallet, of if they kept the leather treasure for themselves.

How many of the 15 tests ended in honesty? Watch the video below to find out:

▼ But are they true? YouTuber Zenim and his wallet are about to find out.

▼ The first drop. Down goes the wallet inconspicuously out the back pocket.

▼ We’ve got a spotter! Will they return it, or pocket the pocketbook?

▼ And they return it! Score one for the green, “honest monkeys”.

▼ The next dropped wallet gets spotted instantly. Is that woman excited to return it, or to get some free easy cash?

▼ And the wallet keeps getting returned again…

Of course, to be fair, the experiment isn’t perfect. Zenim did drop the wallet in a very public place, so chances are there were others besides the person who returned it who saw him drop it. That makes it harder to stuff the wallet in your own pocket knowing that there might be judging eyes out there watching what you do.

It would be interesting to run a similar experiment in a more private setting where there would be no such public consequences and see if the results were the same. Either that, or, we can stop testing the Japanese people’s honesty and just appreciate them for being awesome. That works too!

Shopping on-line always carries its risks, but we hope that by showing this article you understand that shopping from Japan is close to risk free, companies will bend over backwards to keep their good reputation, because business in Japan is kind like daily life; one big mistake will often haunt you for the rest of your career and social life..second changes are harder to get by here…..except of course if you’re  a Japanese politician, than you just sit one year out and return the next… 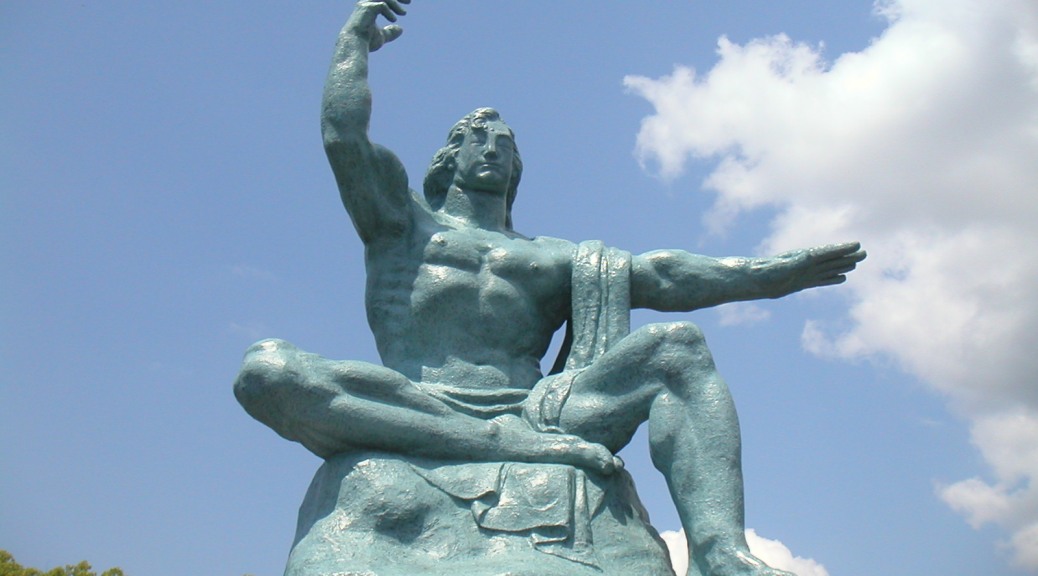 After months of hard work, serving loads of satisfied customers, we are finally taking a well deserved break.

Most of our staff will spend the holiday at home of visit their “jikka” or hometown to visit and pray at the graves of they ancestors. After all it’s Obon holiday, a time when the spirits return home for a short visit.

I will take my family to Kyushu island (we live on Honshu, the “main” island) and after 24 years of thinking of going, finally visit Nagasaki and observe all its beauty!

Mmm maybe not the kind of beauty the missus has in mind, I think her preferences are more like this…

I guess I better follow my wife’s lead on this….or should I?

Besides visiting Nagasaki’s downtown we will also drive (rental car) to mount Unzen, a volcano which most recently active from 1990 to 1995  and a large eruption in 1991 generated a pyroclastic flow that killed 43 people, including three volcanologists. In 1792, the collapse of one of its several lava domes triggered a mega tsunami that killed about 15,000 people in Japan’s worst-ever volcanic-related disaster….

I had this in mind..

Being a Dutchman, of course visiting Nagasaki has some special meaning, the first foreigners who were allowed to trade with the Japanese were the Dutch. They weren’t allowed to set foot on mainland, instead they were placed on a small island called Dejima.

The Dutch not only introduced spices and other products, they also brought the German doctor Siebold who introduced western medicine.

The Dutch influences still linger in Nagasaki, a bridge

And.. an attraction park:

Yes it’s Holland….but then smalller, with fewer cows, no coffee shops and shorter folks. It’s basically how MY perfect Holland would be like…(since I’m kinda short, not a big fan of cows and don’t smoke pot), now if my family and friends would be so kind to move from the lowlands to here, then it would be really perfect!

Our one week holiday doesn’t mean that japanwebshopping is completely closed, all ongoing transactions will be handled by a part time employee who has no family, friends and life, and request will still be accepted. The only part of the business which is down for the week is the “shop on on location” part, (physical shopping that is).

We wish you all a happy summer holiday!