For most artists, drawing something when you have nothing to look at or be inspired by can be tough, but a company called Phicen created  “seamless bendable figures“, to give you that much needed inspiration. Their line-up feature either a fully poseable 1:6-scale ripped guy or busty gal. While neither figure may be especially realistic when you compare their proportions to your average Jane or Joe, they bend at 26 different points and provide a super-realistic look at how muscles, skin, and shadowing look at an almost endless number of angles—ideal for anime and manga artists!

▼ This is practically Lupin’s Fujiko in bendable form, but with “woman secret parts”.

▼ And a male version for all you artists out there that might need a guy with a prefect six-pack for a reference as you draw the next big shonen manga thriller. (“man secret parts” not included, or possibly sold separately? :O)

Depending on where you buy them from, each figure costs upwards 12,210 yen for the female and 14,800 yen for the man, but we’re sure that’s still much cheaper than hiring a real-life model for reference or multiple pose packs from Manga no Shiryo.net.

Members of the Japanese art community who have bought the figures seem rather pleased with their purchases, too:

“I went out and bought the Phicen doll everyone’s been talking about to use as a reference. Although it can’t be posed in every single way possible, it’s a lot more flexible than I thought it would be.” 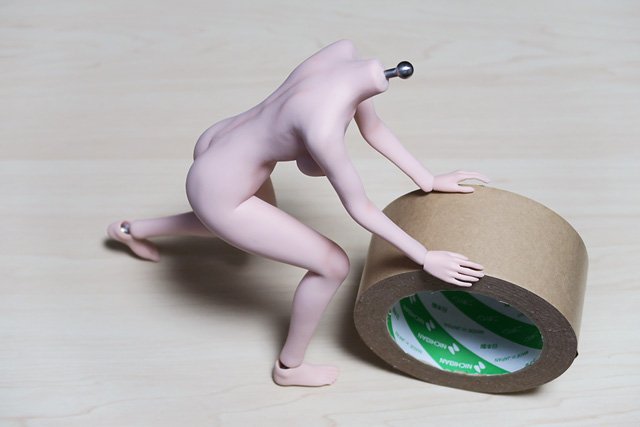 “This seamless figure really is more flexible than you’d imagine it would be. I bought the male figure, but now I’m thinking about getting the female version.” 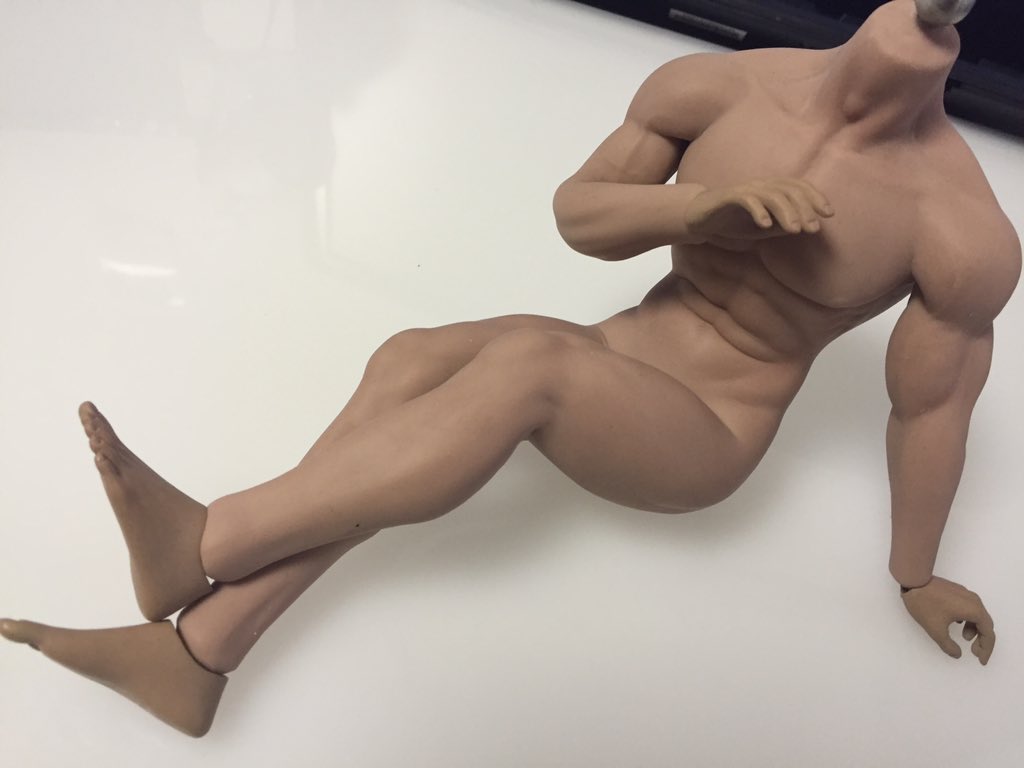 Of course, even if you’re not a serious artist, we imagine either would provide hours of fun at work as an office toy/decoration.